The Nature of the Challenge 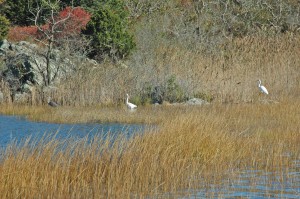 Coastal ecosystems play a central role in the processes that sustain life on Earth and in the prospects for human development. Although coastal lands are less than one-fifth of the inhabited land space, they contain almost half of today’s global population of five billion people and 12 of the 15 largest cities are on a coastline. The proportion of the world’s people living along coastlines is expected to increase three-quarters by mid-century.

At the global scale, the trends in environmental qualities are all in the wrong direction. Critical coastal habitats, such as wetlands and coral reefs, are being destroyed; fish stocks are declining and collapsing; pollutant inflows are increasing; freshwater is in ever-shorter supply; and climate change is affecting long-established patterns of rainfall, storms and sea level. From a global perspective, coastal peoples see a sharper divide between the haves and the have-nots, and conflict over the allocation of ever scarcer natural resources and space is increasing. Governing institutions often lack the power or abilities to address these forces. Traditional sector-by-sector approaches to management are increasingly ineffective, yet holistic approaches often threaten the traditions of existing institutions.

During the last 25 years, more individuals, organizations and nations have recognized this situation and are attempting to address it. Now emerging is a global consensus that an integrated approach to coastal issues is essential. A plethora of projects and activities whose purpose is to slow or reverse the negative trends are underway in nearly all coastal nations. CRC’s approach and emphasis on good governance has been gaining acceptance, and that has led to improved environmental and human conditions.

CRC’s continuing challenge is to discover, model and advocate approaches to Integrated Coastal Management (ICM) that have significant impacts on increasingly urgent coastal problems. We need to learn how to sustain successes in improved coastal governance while expanding our programs to achieve the objectives of ICM on a broader scale.